We think you are in another country. Would you rather go to BricksDirect.com? 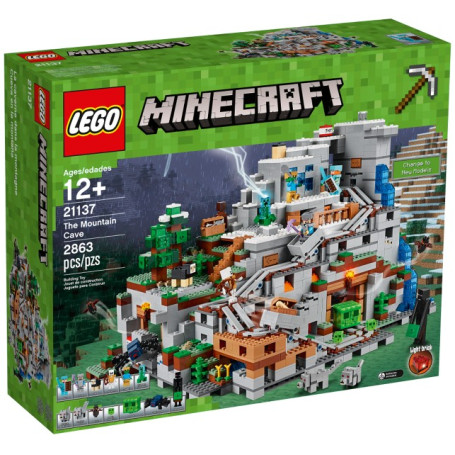 Mine, craft, create, explore and battle at the Mountain Cave. Ride the minecart and experience an array of features and functions. Includes Alex and Steve minifigures, plus 13 mobs.
Notify me when available

Ordered on working days before 5 p.m., next day delivered

14 days to change your mind

Build and experience the Mountain Cave, featuring an amazing minecart track with an integrated redstone‑powered minecart elevator, and an array of other features and functions, including TNT blasting, rotating spider‑spawner, charged Creeper explosion and a lava burst. Position the light brick to illuminate the rotating spider-spawner, wall of redstone, jack o'lantern, first-night shelter, furnace, lava or the torch above the cave entrance. Enjoy hands‑on Minecraft adventures featuring your favorite characters and objects with this easy-to-reconfigure, modular LEGO Minecraft set designed for young fans of the highly successful sandbox video game. Includes Steve and Alex minifigures, plus 13 mobs including a charged Creeper.

The LEGO 21137 The Mountain Cave is one of the many sets of the LEGO Minecraft theme.

The LEGO 21137 The Mountain Cave was released in the year 2017. The set contains 2863 parts. The set comes with 2 minifigures and 1 instruction. The set is suitable for children from 12 year old.

Why you need this LEGO set?

Jump aboard the minecart and thunder down the rails, around the bends and through the dark tunnels of the bat-infested Mountain Cave. Then take the redstone-powered minecart elevator to the top of the mountain and set off once more, before blasting the mountain rock with the TNT to customize your track! Activate the multi-positional light brick to illuminate the rotating spider-spawner, wall of redstone, jack o'lantern, first-night shelter, furnace, lava or even the torch that lights up the cave entrance! Mine seven different ores and battle the hordes of hostile mobs, including the cave spider, wolf, baby wolf, slime, small slimes, zombie, enderman, skeleton and a charged Creeper with its super-powered explode function. Get ready for some serious LEGO Minecraft action!

Do you prefer to collect your order at our address? That's possible of course! Your order is immediately ready. Our address is:

Please, send us a message via the contact form with the date and time when when you prefer to collect your order.

Check the tabel below to find the shipping fee per country:

When you are not satisfied with your order from BricksDirect, you can return it within the review period of 14 days. Please return LEGO sets in original condition and sealed factory packaging. You can request your return shipment here.

Return shipments are at your own risk. BricksDirect is not liable for damage or loss of returned LEGO sets. The shipping costs for returns are borne by the buyer. After we have received the shipment in good condition, we will deposit the purchase amount within 14 days to your account, as long as the LEGO set is received by us in original condition. If this is not the case, we will deduct the costs that are involved from the return amount.

Our Products All products  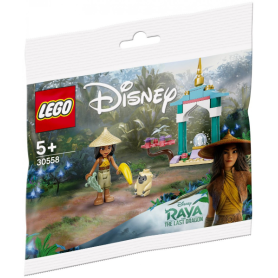 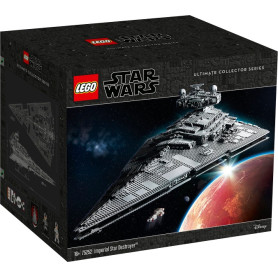 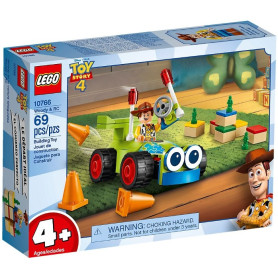 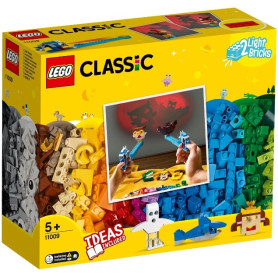 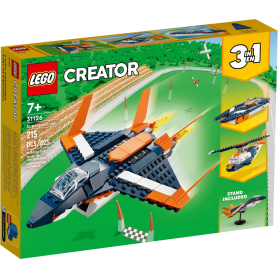 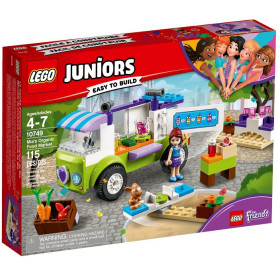 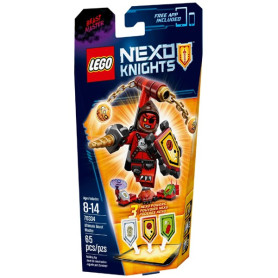 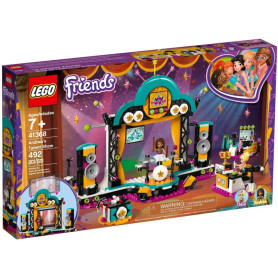 BricksDirect uses cookies. By continuing to browse the site you are agreeing to our use of cookies. Find out more here.